Ryan’s work has a modern western flair and continues to evolve as his creativity abounds. While his work has always had an abstract core his continued experimentation with other forms, figures, and materials have contributed to the development of his own style. Cy Twombly, Gerhard Richter, Jackson Pollock, Mark Rothko, Russell Chatham, and Theodore Waddell are some of the artists who have inspired him. Environments, personalities, music, and nature drive the message and feeling of his compositions.

Ryan’s work is fueled by nature and by our own subconscious. He brings the ideas and the colors from the natural world and combines them with a surreal concept. The subject is always in a tranquil state, unaffected by its surroundings. The sole objective of his work is to open a passageway to another world that will put the audience in a peaceful Zen-like state of mind. 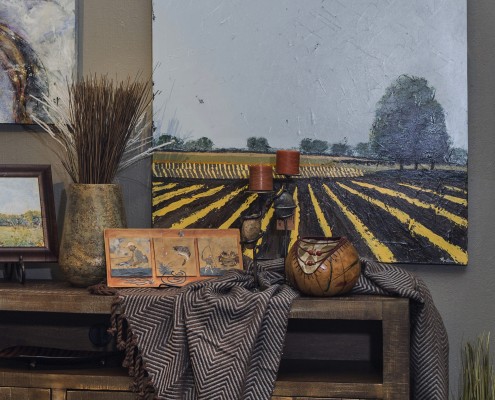 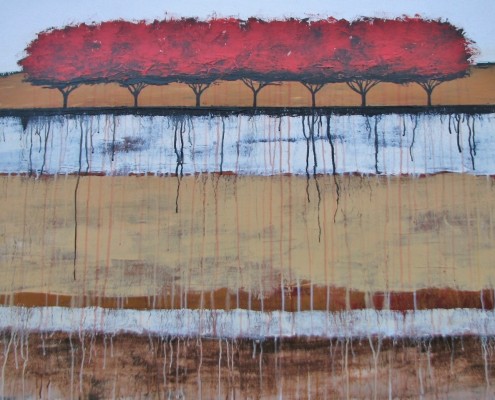